There is no great wine without a great soil.

The vineyards surround the houses on one of the finest Côte du Rhône terroirs –Violès- along the Plan de Dieu plateau in a place called Saint Antoine.

A history of the soil

Six million years ago, at the time when the Mediterranean Sea was completely dry, the river Aygues, a Mediterranean mountain stream, tore from the Alps the rocks that nowadays make the soil of Violès.

The Odylée Estate is built on a soil made of dark brown loamy and clay gravel and of an enormous quantity of pebbles rolled with marls that give the earth its red and brown tint.

The ancient and recent alluvial deposits from the river Ouvèze are permeable formations which contain unconfined water. With the Aigues water table, they are the main water resource in the district.

On the Plan de Dieu plateau, the rounded pebbles stock the day’s heat in and give it back to the old Grenache, Syrah and Carignan vines at night, taking part in the perfect  maturing.

The barren soil forces the vine to plunge its roots deeper in the earth in order to find the resources and elements essential for its life and growth.

The climate plays an important part : the ‘Mistral’ which often blows strongly here – making people ‘fada’ (ie. crazy) according to an old saying- protects the vines from storms during the long period of growth, the clouds are chased away and so are often grail and frost. It allows for a fine concentration of grapes when it’s time for grape-picking. Not much rain and a lot of sun is an excellent combination for the making of great wines.

On the Odylée Estate, each vineyard has its own identity: the Carignan was planted in 1945, the Syrah is half a century old, the Grenache’s orientation is North-West and a young vine –Viognier and white Grenache- has recently been planted, in March 2017.

The variety of vines is part of the Odylée’s wealth, as it adds depth to the wines and gives them their personality – complex wines, ideal for laying down, the final result of each individual identity. 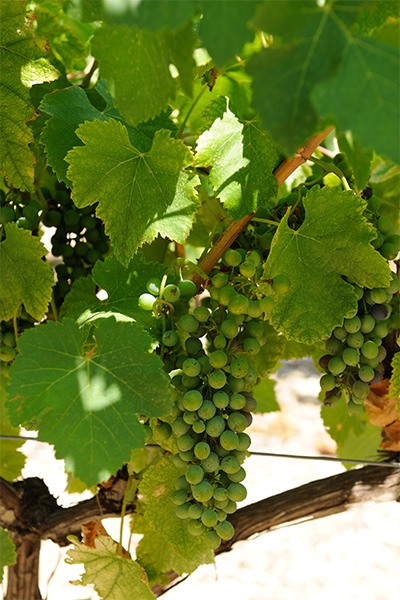 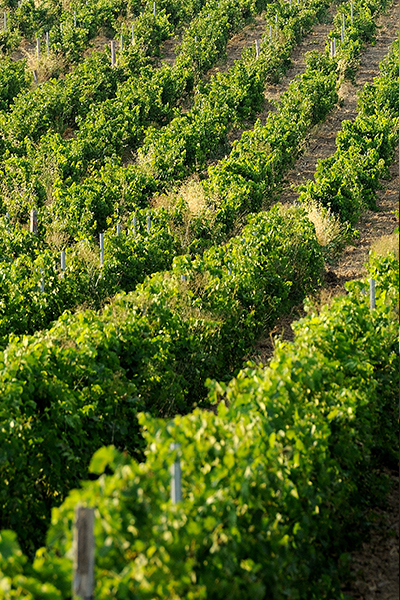 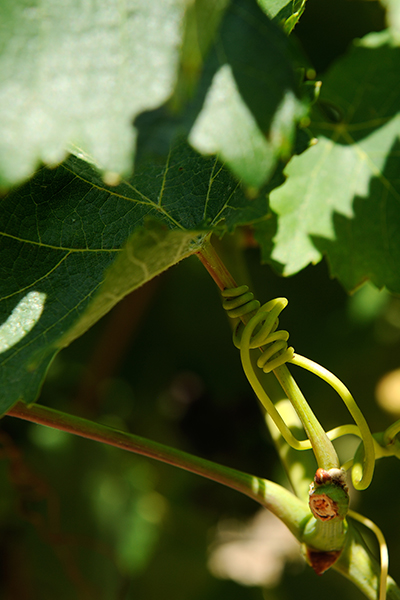 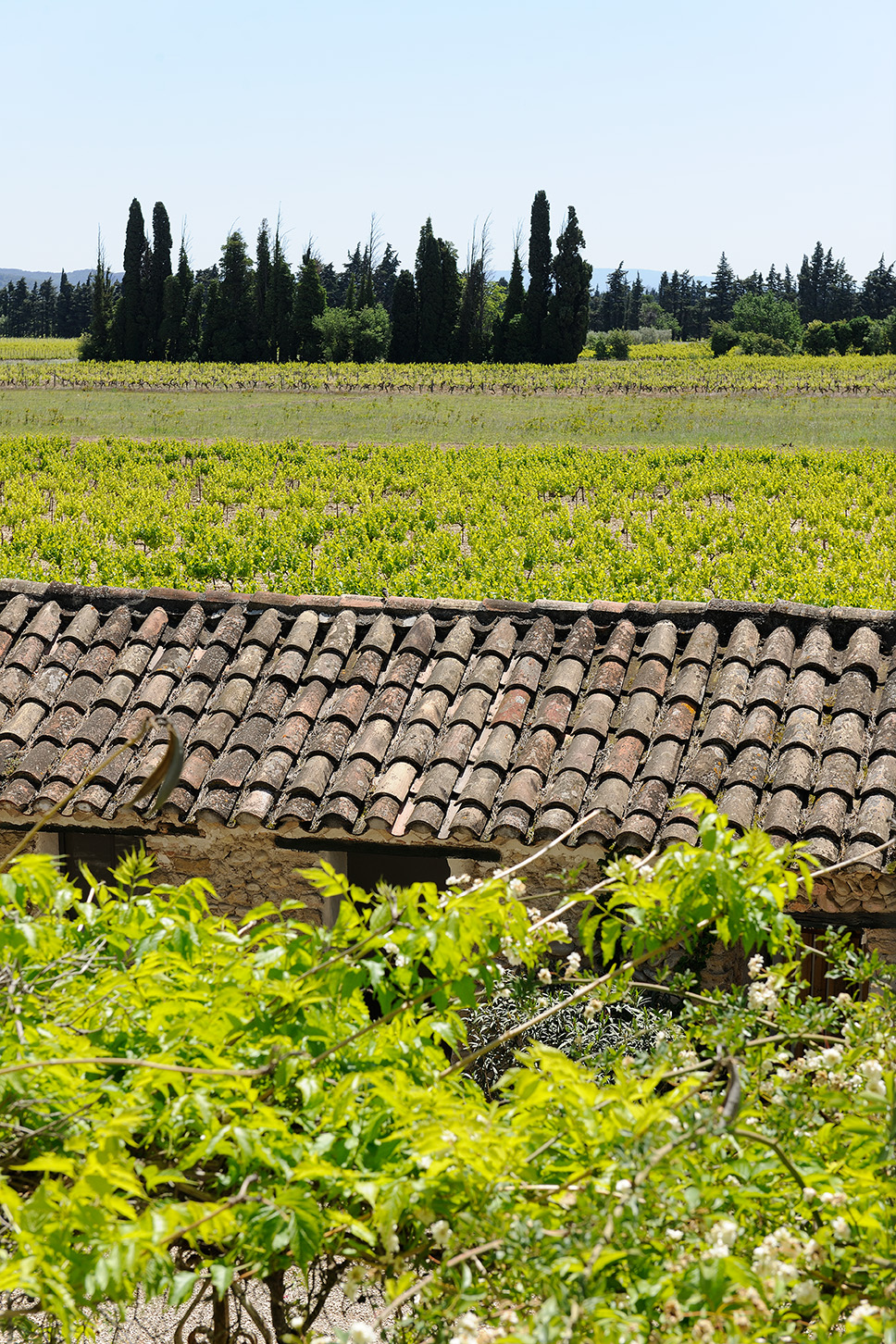 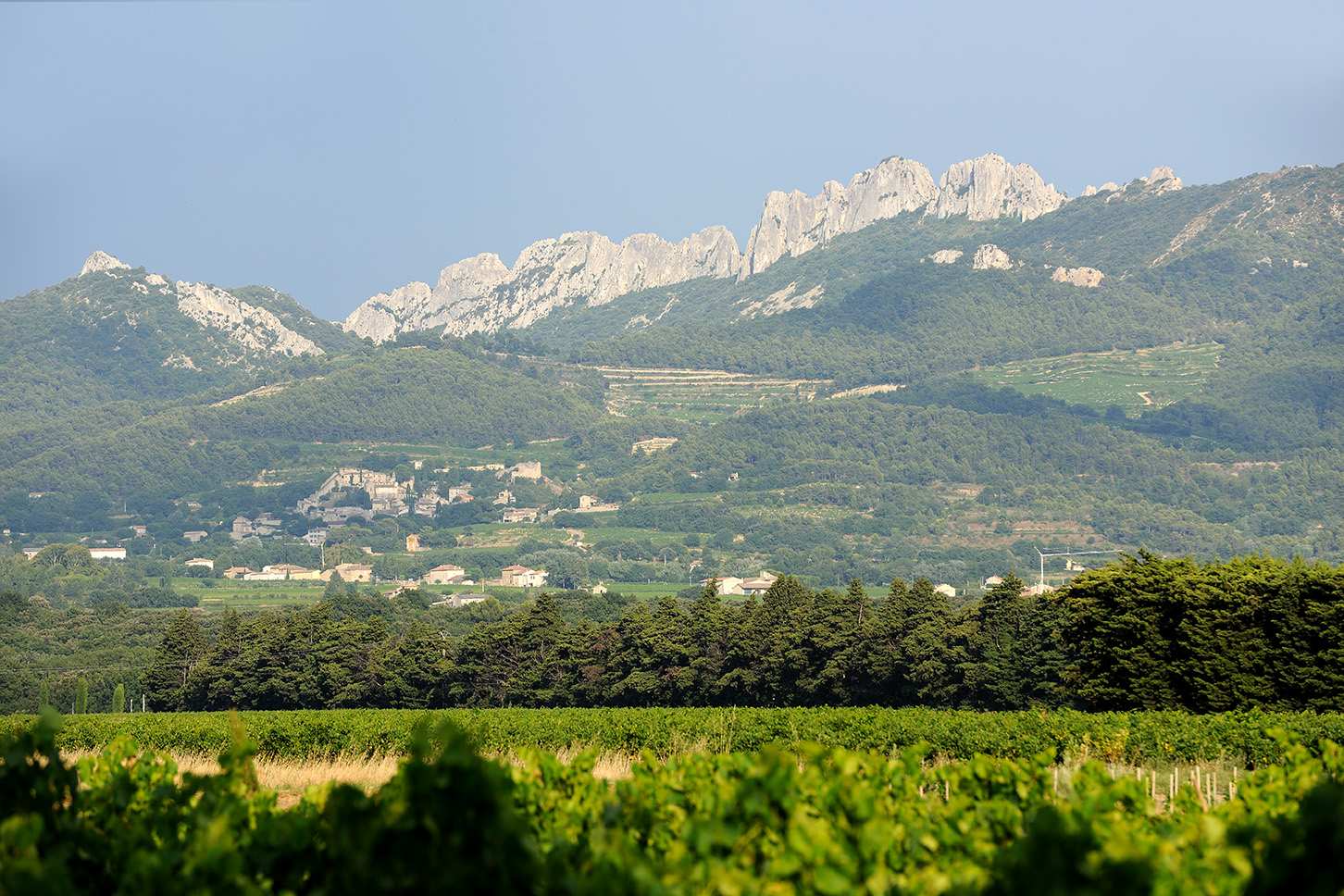 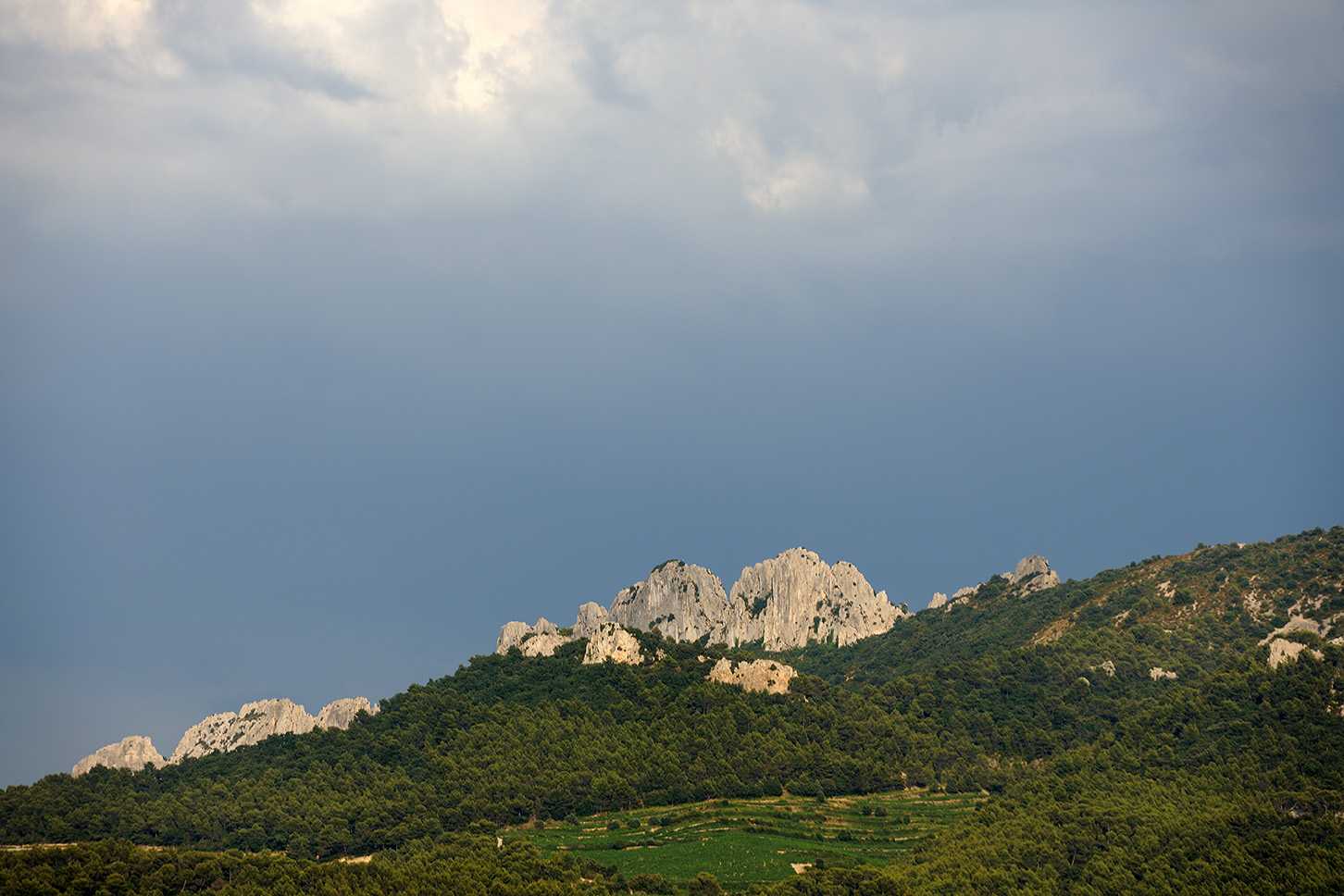 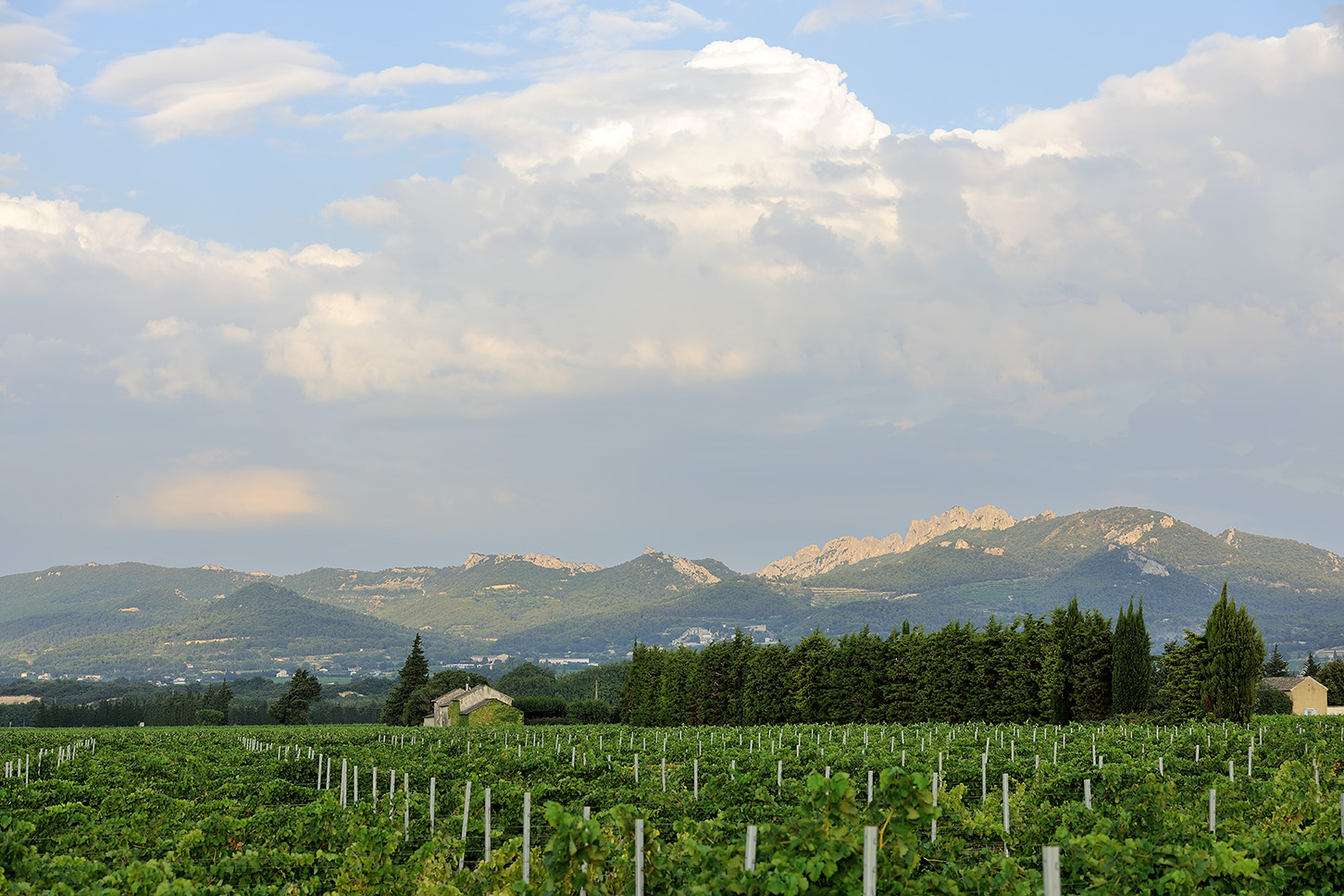 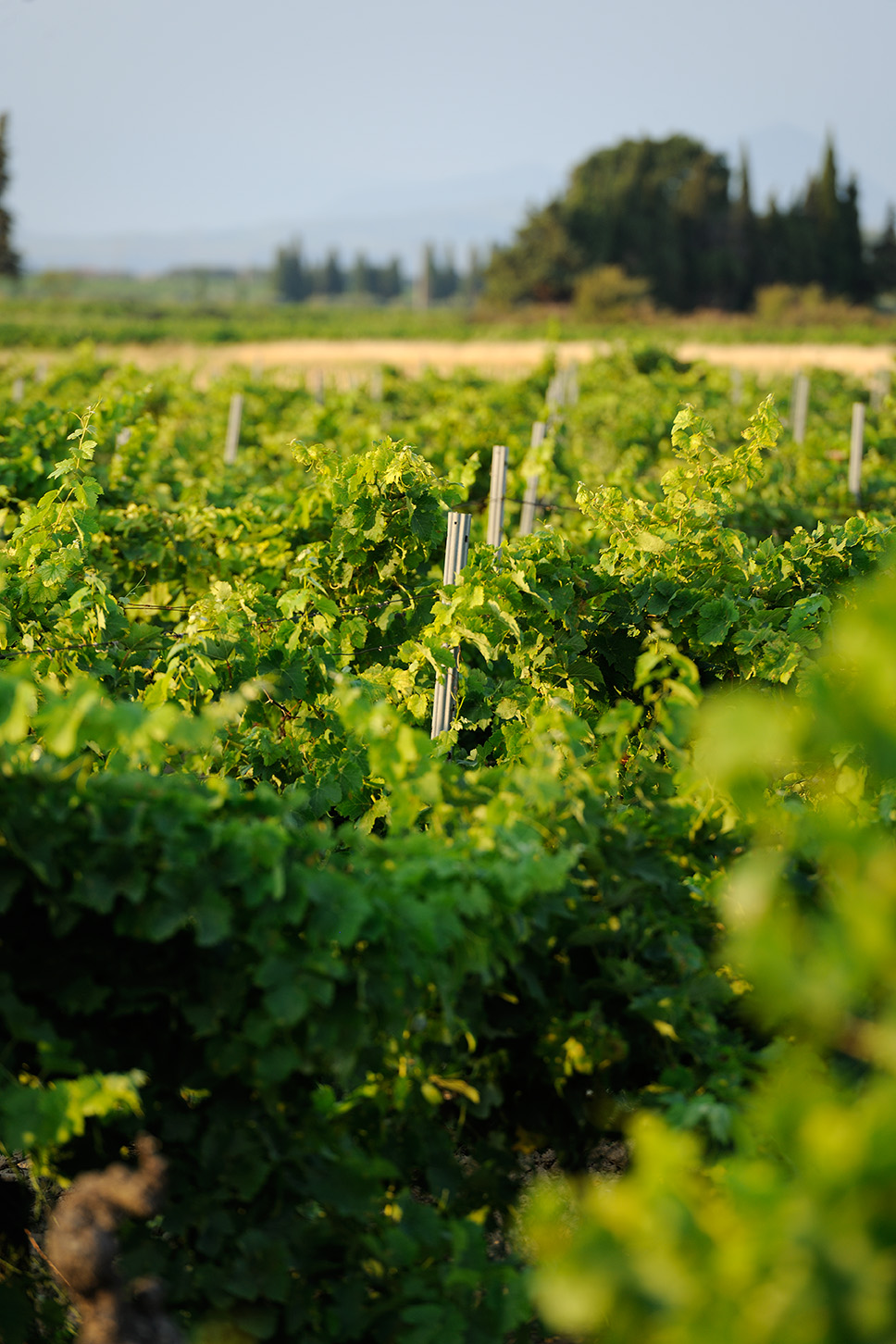 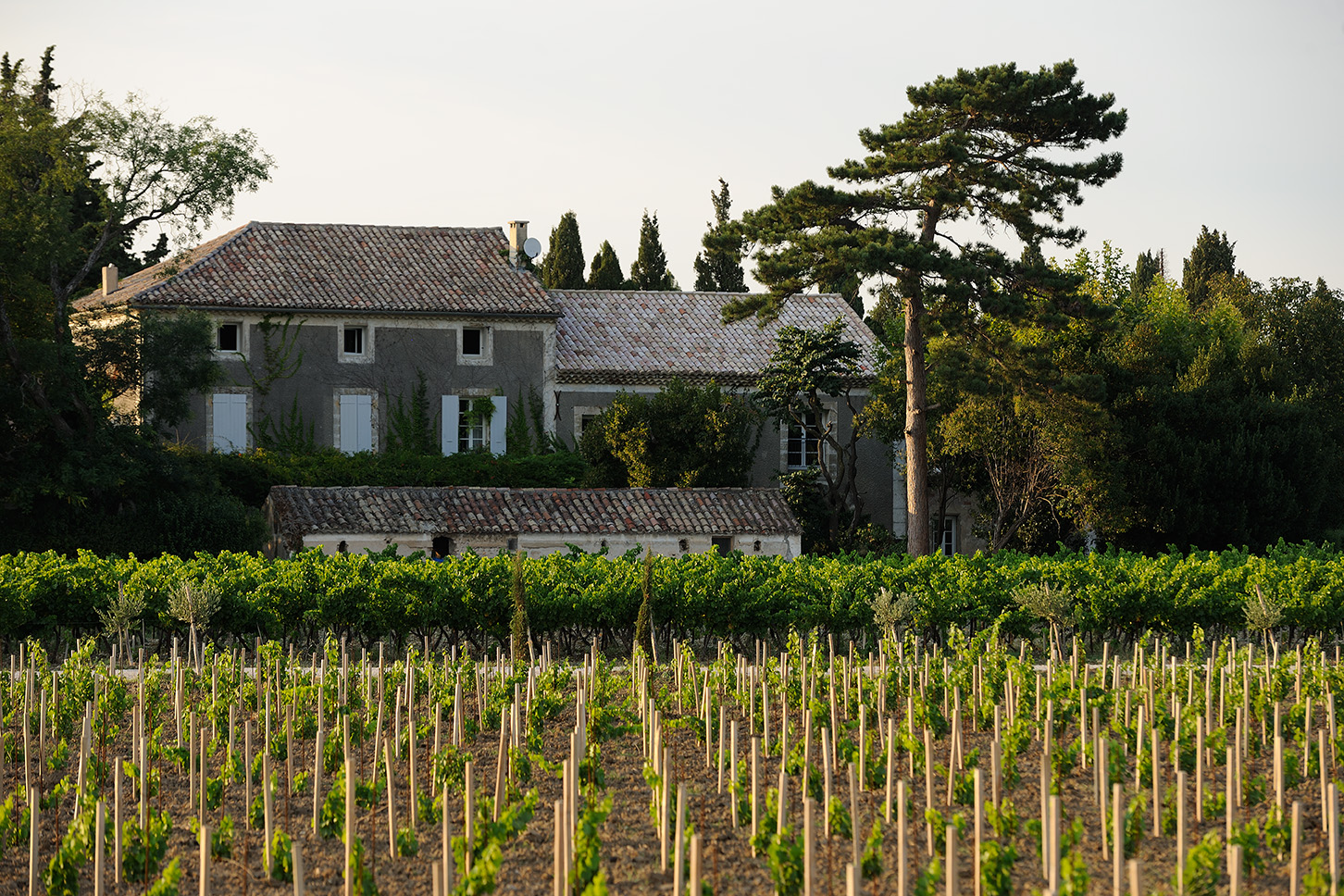 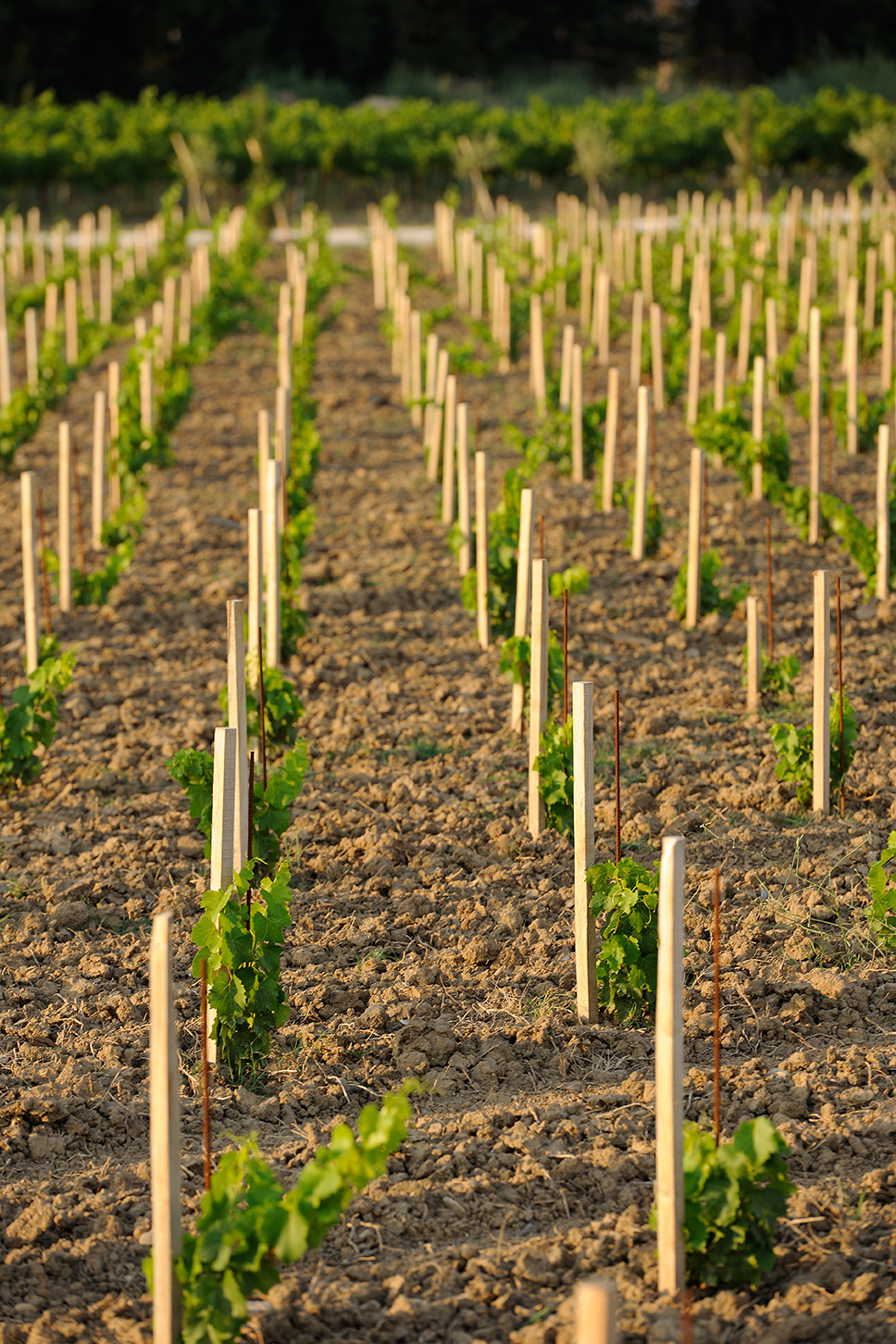 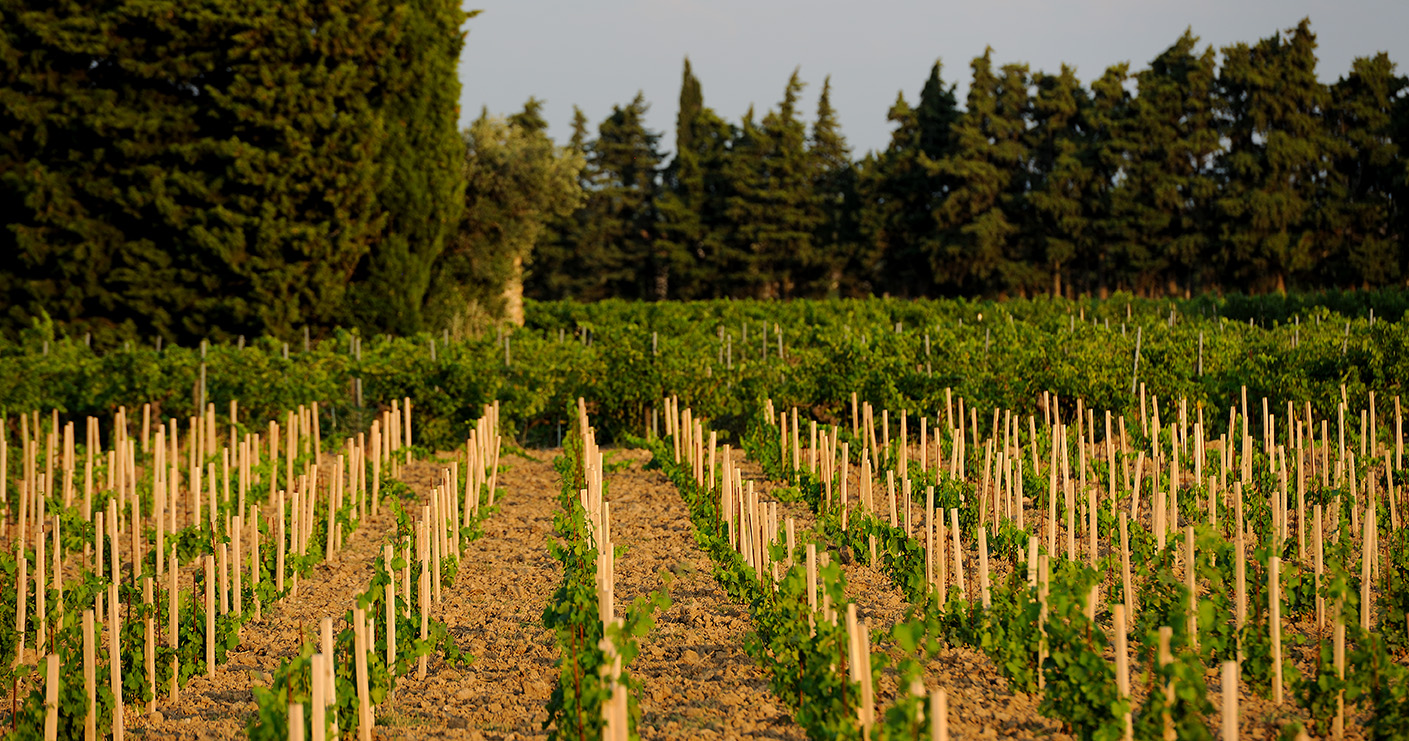 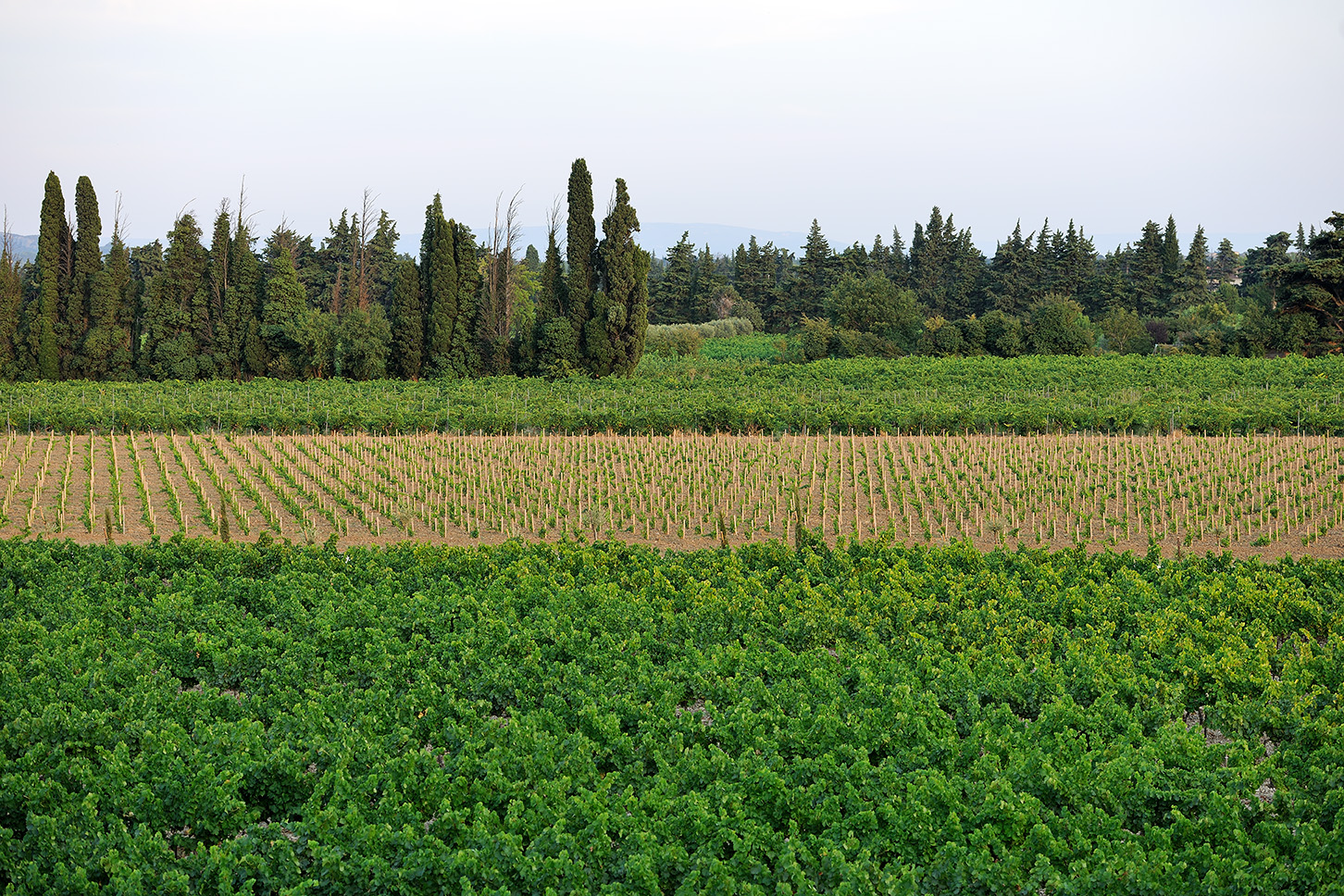 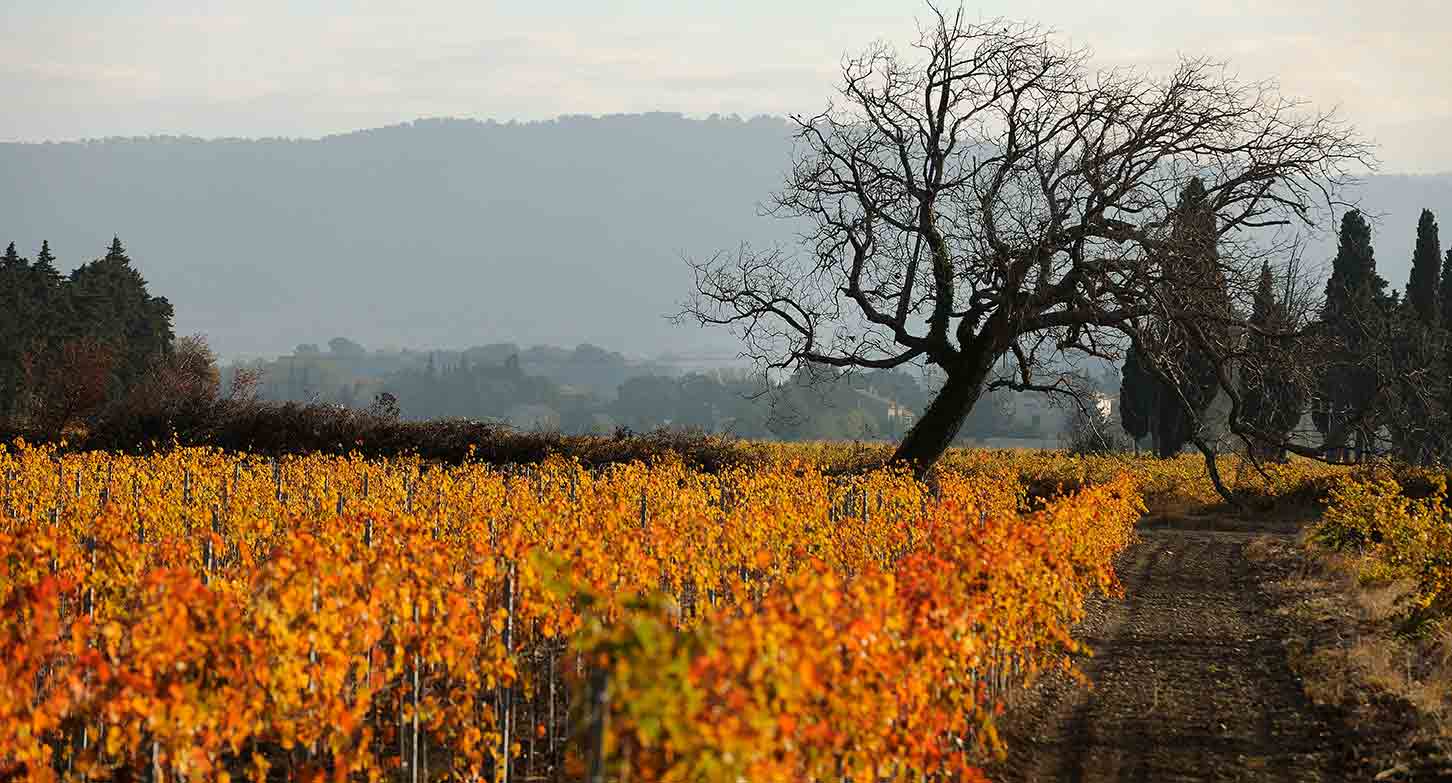 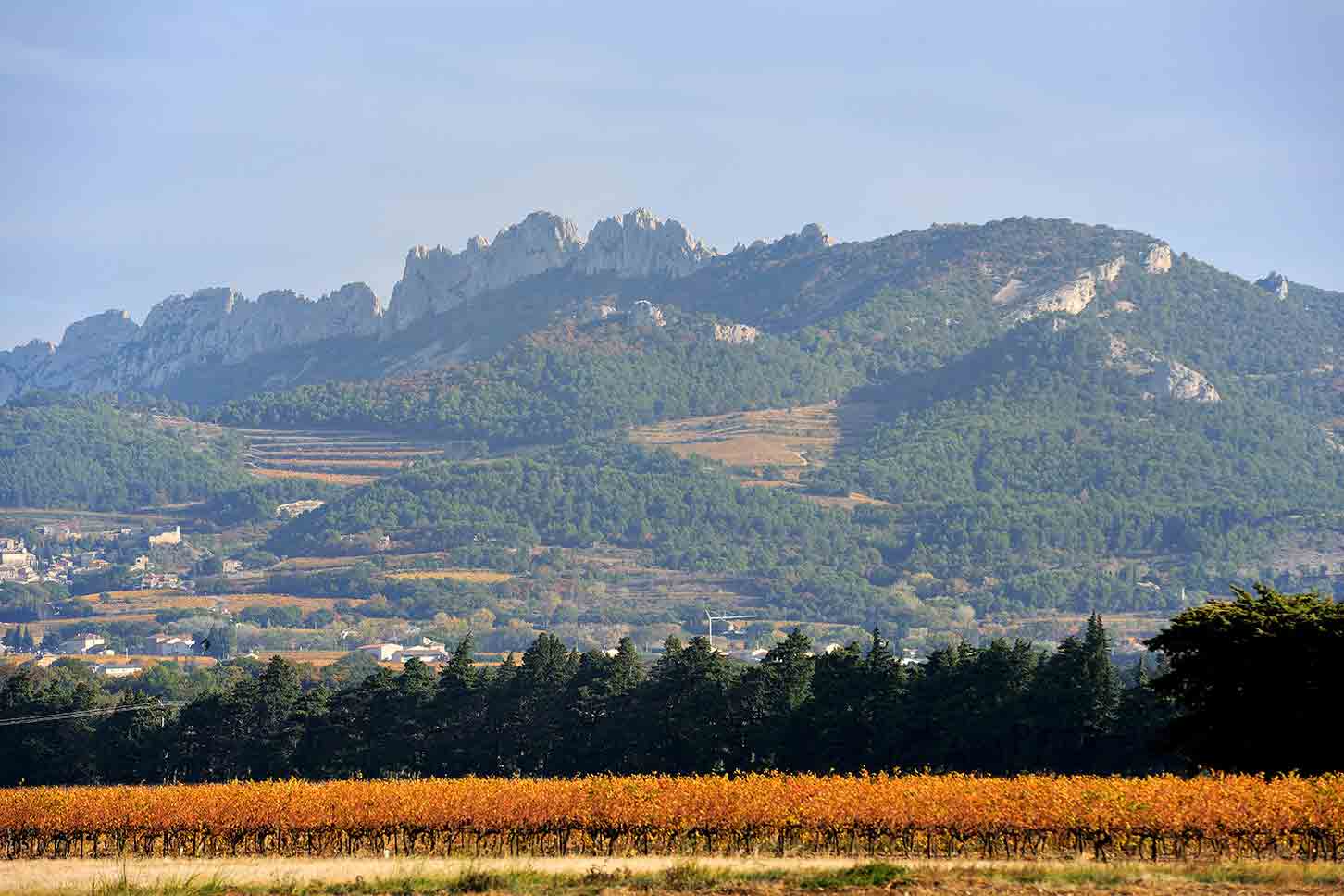 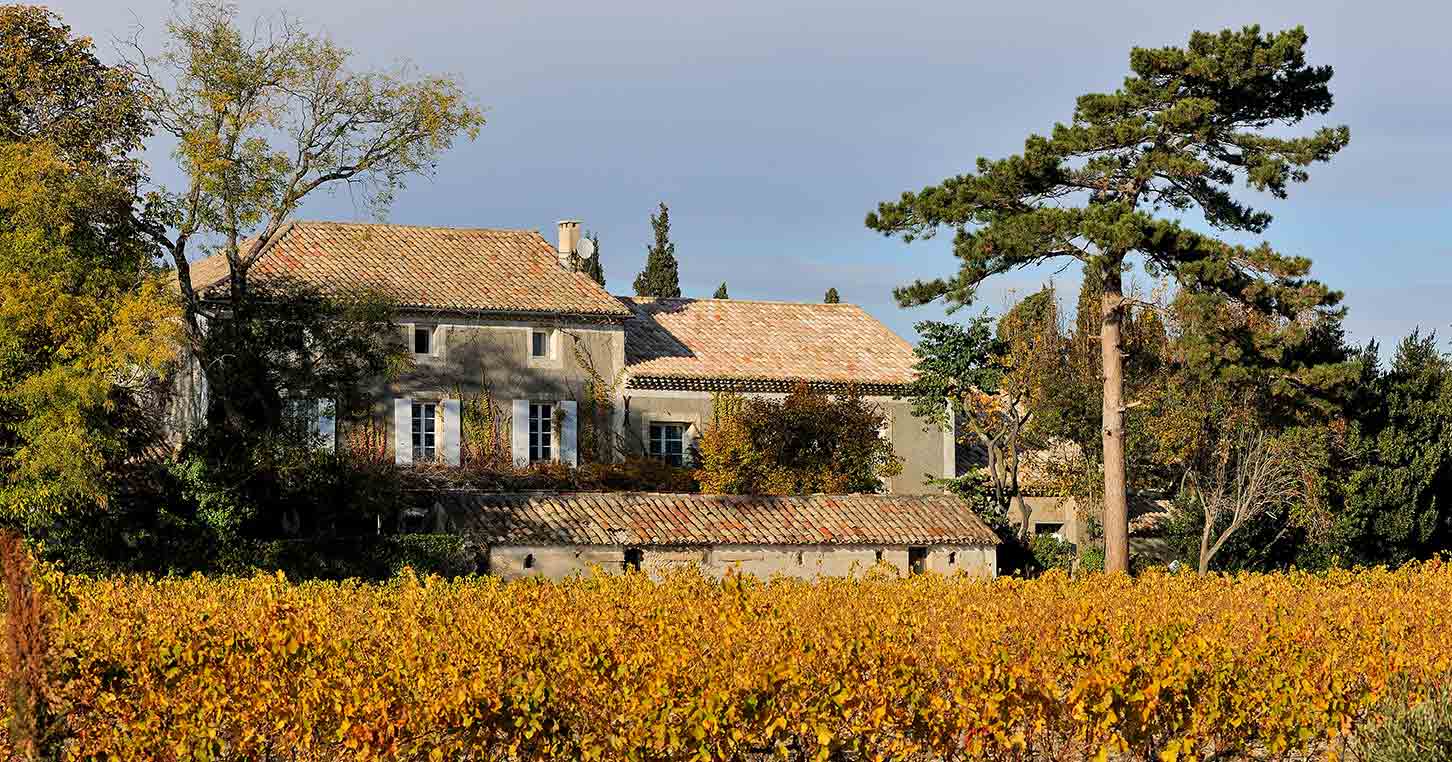 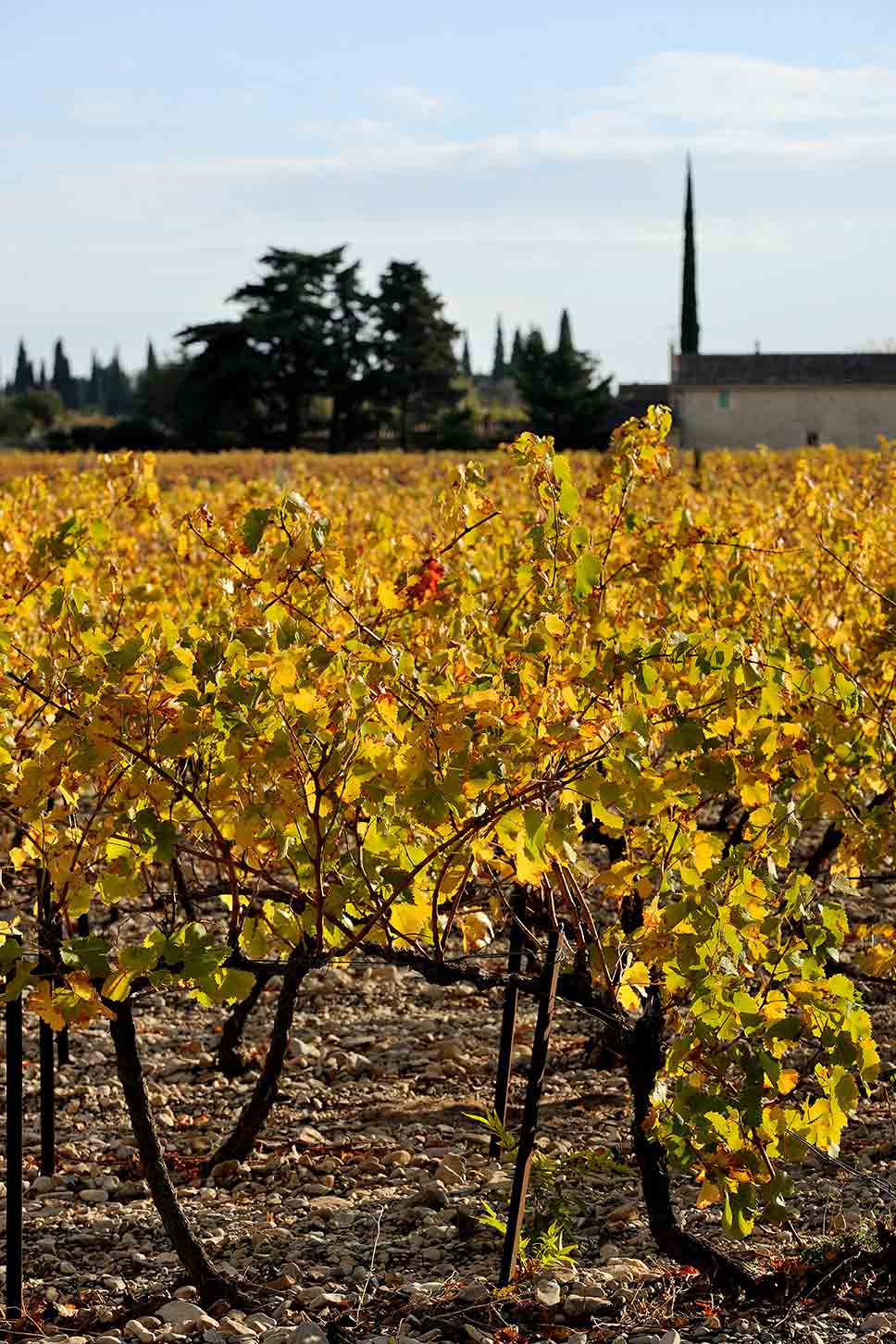 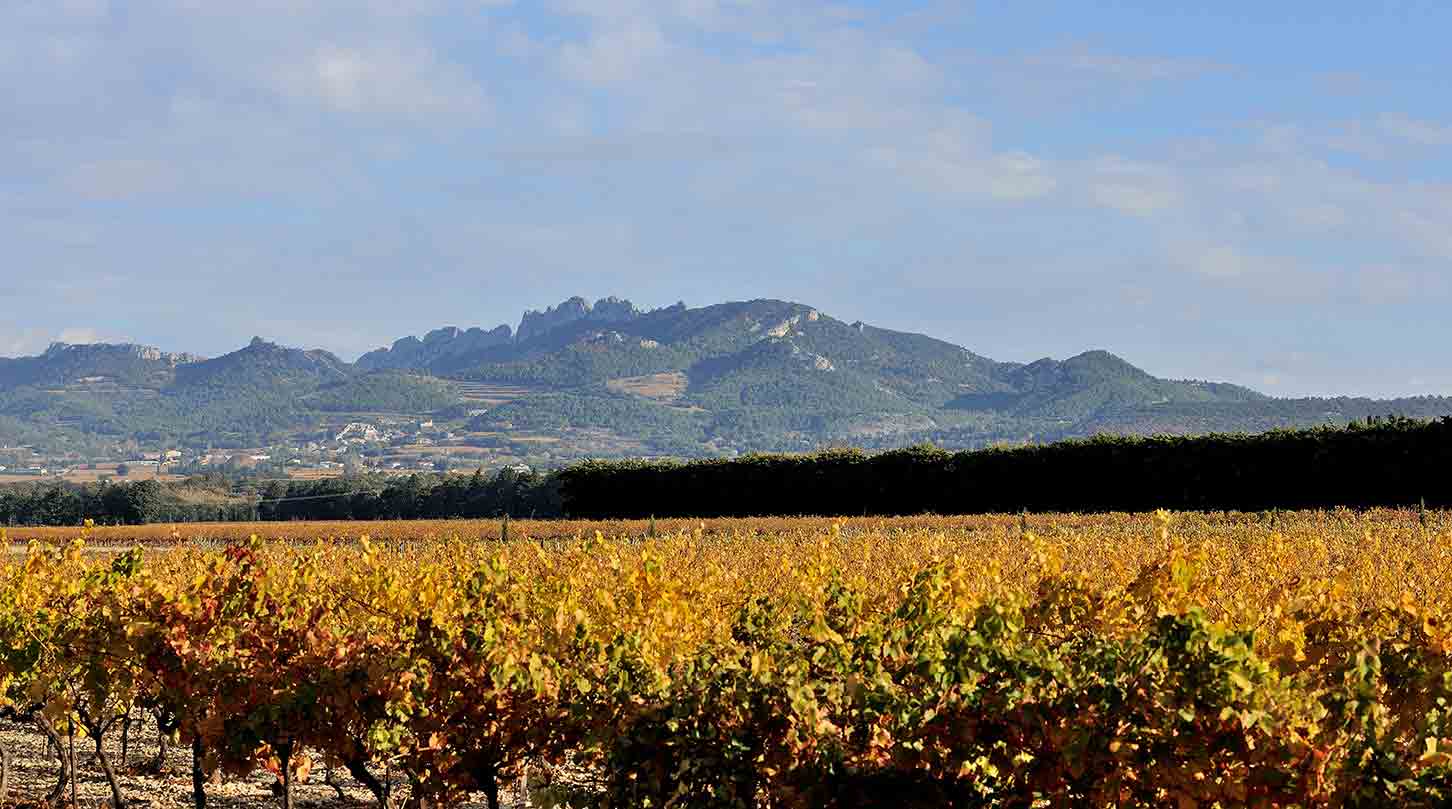 Vine was introduced in the Plan de Dieu area by the Greeks. The Romans carried on the tradition and the Roman legions who were quartered in Vaison-la-Romaine used to take their rest time in Violès

Well-known among the red wines, Grenache is king. Picked up when fully mature and in small quantities, it is fruity, rich and round. It gives the Estate’s wine its richness, matter and typicity.

Syrah and Carignan bring their aromatic complexity and an excellent potentiality for ageing.

Our Cinsaults add a final touch with their freshness and finesse, the ideal making of rosés and fruity tasty wines.

The wine varieties for white wines are mainly Viognier and white Grenache and in the future La Roussette and la Clairette. This blend will give elegant dry white wines with complex aromas of exotic and citrus fruit. When ageing, they’ll take on honey and toasty notes.

Young wines can be served as aperitif wines or, after a few years, along with more elaborate meals… just give them time to age! They’re fine ‘vins de garde’ – made for laying down, with spirit and spice (pepper and cinnamon) fragrance. With the years, they’ll also develop truffle, laurel, leather and blond tobacco notes.